Apple claims that iOS 15 provides a better way to stay connected, focus, explore with its significant list of new features. However, is there anything that can make the life of a PWA developer easier? We will explore all of the biggest changes, the letdowns, along with some interesting news in this article.

All Improvements for PWA

Whereas the supporting status for the web app manifest is still “Partially Support”, Safari 15 has now officially enabled theme-color in HTML meta tags and Web Manifest. So now you can make changes to colours in the status bar and the overscroll area, which can also be applied for the Tab Bar and the overscroll background colors in Safari 15 Compact Tab layout on Ipad OS 15, Big Sur and MacOS Monterey.

Moreover, by using the media attribute, you can also enable a dark/light mode for your Progressive Web App on Safari 15.

iOS 15 witnesses an upgrade from WebGL 1 to WebGL2. WebGL 2 is proven to be a significant enhancement that is much faster, offers a lot more texture than WebGL as well as many other benefits.

Besides, Safari 15 includes support for Web Share level 2, which paves the way for developers to effectively exchange files from the browser to apps with the native share dialogue. Currently, it supports image, video, audio, text file and more.

This change, for example, allows users to directly share images from PWA pages to their Twitter apps without extra steps of saving photos to the library and re-uploading.

Media Session API gives more data and playback controls, thus, brings media experience to a higher level. From iOS 15, users can access the NOW PLAY card from the Control Central, the Lock Screen as well as MacOS Monterey’s menu bar and control some simple playback options. Moreover, the new Media Session brings about the SharePlay experience, which enables watching movies, listening to music with your friends via Facetime. This can be good news for web-based podcast apps.

This update promises full support for WebM in the near future and we can expect WebM video to be available on mobile Safari soon. As a result, PWA owners will have more choices to display their video media to deliver better user experiences.

ES6 marks the first built-in module of JavaScript, provides a solid structure that is easy to work with, maintain, scale up and encapsulate behaviours. With the new ES6 Module coming to Service Worker, now developers can enhance performance and enable offline access for iOS PWA in a more organized way. As a result, it’s easy-breezy to quickly scale up, increase PWA functionalities to meet the market demands when needed.

The iOS 15 has made some improvements for a more intuitive multitasking experience on iPad while still retaining what has worked before. For example, there’s a new three-small-dot tab representing the multi-tasking menu at the display top that will make the app full screen, split screen or slide over. Besides, a hovering centered window is introduced in SplitScreen, where you can open a window on the top of your split-screen apps, then send it to Slider Over, Split View or Full Screen.

Moreover, a new keyboard shortcut and a new multitasking user interface that views all apps (including the ones in Slide Over) is worth a quick mention.

So far from the reviews, it seems that the new upgrade on Ipad multitasking for Web and PWA has received positive feedback to be much more user-friendly than iOS 14’s.

We have mentioned the App Clip in our PWA iOS 14 Wrapping Up as something to expect for Android-like installable PWAs. So how is it now?

App Clip now can be integrated with websites, as a result, displayed in Safari. The card allows users to finish their initial tasks like ordering food, renting a bike then prompts them to install native apps on the App Store. The new change cuts some extra steps of iOS 14 to discover the app clips within the webpage and third-party apps.

Unfortunately, there is still no sight of PWA installation banners. Will Apple make app clips PWA-friendly? Or are they trying to create a PWA version of their own? Or maybe app clips and PWAs just do not relate at all? The answer is still in the future.

No major limitations are addressed

The new iOS 15 releases surely bring some disappointments to PWA developments as evidently, what we are looking for is still off-the-table. It’s still pretty much hard work to implement PWA on iOS 15 without the availability of these features:

Moreover, there is no fixing to some bad points we mentioned in the iOS 14 article either.

Shedding a light for web push?

However, it seems that WebKit has paid attention to WebPush as they have enabled the feature support on KDE and WebKit embedded devices. This, by no means, indicates that Web Push for iOS is coming soon. As Maximiliano Firtman has said that we already have Web Push support on MacOS Safari, but the feature is still nowhere to be seen for years.

Nevertheless, it’s worth hoping for one of the most crucial features for PWAs coming to iOS soon.

There you have everything iOS15’s got for PWA. Most changes are minor while major core feature updates are nowhere to be seen. The most positive news is the theme-color update and the new hope for iOS Web Push.

So we guess there aren’t any big celebration parties for PWA developers after the release of iOS15. However, it’s good to know that Apple has made some moves to enable a better PWA performance, though the progress is extremely slow. 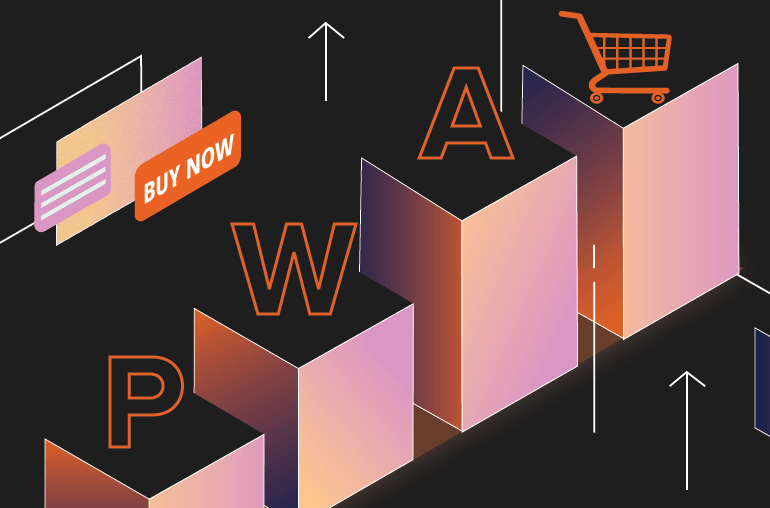 I don’t know exactly what version it was fixed, but PWA’s can now (iOS 15.4.1) play in the background.