If you’re here, chances are you’re one of those curious bunches who want to know more about what this emerging trend really is, what its future holds, and how you can best take advantage of it. Well, say no more as in this article, we’ll cover everything you’d ever need to know about mCommerce.

Brick and mortar stores might have served the general needs well in the past, but as we all know, changing time requires changing solutions—and mCommerce has proven itself to be this decade’s king of transactions.

With an impressive year-on-year growth of 33.9%, mCommerce is expected to be the main channel of shopping in the future. To speak it in dollar’s terms, you can say that two out of every three dollars spent on online purchases are done so through a mobile device.

What is Mobile Commerce

If you’re still a bit unclear on this whole Mobile Commerce (mCommerce) thingy, we’ve got your back. Essentially, mobile commerce is—and typically referred as—transactions done via mobile devices, which include smartphone, tablet and the like; or as Kevin Duffey – the father of the term put it:

A retail outlet in your best customer’s pocket.

While the term mCommerce often refers to online transactions done via mobile devices, it’s so much more than that. Since its first appearance, mCommerce has expanded the mobile experience to so much more than just “buying things on mobile”. As a matter of fact, it’s been the sole reason for the emergences of brand-new industries and services such as:

In case you’re still wondering how these two terms really differentiate from each other: don’t worry, everyone does. Turns out, some of the times they can be used interchangeably without much difference in meaning.

Fundamentally, however, they’re still different, with eCommerce means Internet Commerce—Commerce over the Internet. To put it in perspective, eCommerce is like a spectrum of means for commercial transactions over the Internet and mCommerce an (increasingly) large part of which. Oftentimes, these two terms overlap because of just how progressive the mCommerce scene has become.

Mobile-first and why the future is mobile

Guess you could say that it’s only natural for people to prefer convenience, and while it might prove to be difficult at first (development-wise), a mobile-first strategy has time and time again proven itself to be the approach for businesses that want a healthy growth across all devices.

A peek into the current mobile-first eCommerce industry

Going into the eCommerce industry with a mobile-first mindset means that you’re essentially aiming to serve 6.95 billion mobile users worldwide—that’s a big number. That’s why brands are now transforming the typical shopping experience to that of an unified one—which means that at every point of the shopper journey and with whichever device of their choosing, the user experience remains one and the same: a consistent, seamless, and streamlined shopping experience.

With mobile-first initiatives from the first adopters, the typical shopping experience has now been less of a chore compared to years ago when it was slow, buggy and disruptive to the user experience. In fact, as much as 43% of smartphone owners now report shopping as their main online activity, totaling to 18 billion hours in 2018.

According to App Annie’s State of Mobile 2019 report, the total time mobile users spent in shopping apps was 18 billion hours in 201; and Cyber Monday alone generated $2 billion dollars, over half of which came from mobile devices.

This is, of course, isn’t a win-win game for everyone in the retail industry. Since most of the products are now available and nested inside a 5-inch mobile screen—one quick check-out away, customers no longer find the need to leave their house. Brick and mortar stores took a major hit because of this.

This is all understandable—why waste your Saturday morning driving to the center of town to buy something when you can get it online? In today’s retail world, it seems that businesses that don’t have a way to make their products mobile-accessible online often find themselves swimming against the tide, and thus face closure as a result.

79% of smartphone users have made a purchase online using their mobile device in the last 6 months.

The retail apocalypse is a known phenomenon caused by the rapid expansion of the eCommerce industry, which records up to over 1200 physical stores closure in North America alone in the previous year and the number is expected to reach up to 12.000 stores in 2020.

It should go without saying that convenience is one of mCommerce’s trademarks. In a world where everything is getting progressively more convenient, mCommerce shines where traditional approaches failed.

Compared to its early days, mobile devices are getting increasingly easier to fit into your pocket and more multi-purpose than ever. With just a few simple clicks on mobile devices, customers can do shopping, banking, download media files, managing their businesses and more.

Mobile commerce specializes in utilizing the information given by the users such as locations to improve its service and consequently, to drive more revenues.

It allows brands to reach consumers at the right time, whether they’re browsing for an item in the evening or shopping in a store during a lunch break. Geotracking technology and programmatic advertising help retailers connect with these consumers in those moments before a purchase decision, increasing the likelihood that the purchase will be completed.

Ubiquity is what you talk about when mentioning mCommerce. Mobile commerce allows brands to enter markets they’ve never considered before. Simply with a device that’s connected to the internet, users can get any information anywhere with almost no extra cost involved. It is the fundamental factor that separates mCommerce from traditional brick and mortar stores, especially at a time when two-thirds of adults own a smartphone like today.

Mobile Commerce opens a whole new variety of payment options for customers to choose from. Simply by implementing payment methods characteristic of mCommerce such as barcode scanners, businesses can save the monthly costs which often accompanied by credit card terminals.

Mobile payment is expected to replace credit and debit cards after decades of being the preferred method. This, of course, shouldn’t come as a surprise for you since mobile payment has the advantages of being quick, wireless and effortless. With mobile payment options, all you’d ever need to carry along with you is a smartphone with 3G/4G connection and you’re good to go.

The (unfortunate) drawbacks of mCommerce

M-Commerce stores of the past were limited in its ability to do fast check-out and offer consulting services—problems which are no longer the case with the rise of new extensions that help with fast check-out and chatbots to accommodate the user’s needs. However, there still remains some of the drawbacks that mCommerce can bring to your business:

While it can still offer online-consults and live chats, mCommerce or eCommerce in general still lacks the real and personal touches that brick and mortar stores bring. There are, of course, still some workarounds to deal with this disadvantage, namely chatbots and live chat. With personalization practices applied, brands can offer customers the experience that they want based on their previous interactions with the store.

While stores built with Progressive Web App (PWA) can cache their web’s content for offline uses, it’s still not possible for shoppers to have a full purchasing experience without a connection.

Does this term seem new to you? This article from SimiCart might help clear up what a PWA is

Since the whole purchasing process happens online, mCommerce (and eCommerce in general) stores of bigger sizes rely on shipping companies to deliver products to customers, while smaller stores often choose to handle the shipping process by themselves.

What’s on the horizon for m-Commerce

Oh, the future of mCommerce is bright. Like sunglass-required bright.

As of now, there are plenty of promising technologies that are still in limited use but will revolutionize your shopping experience when it’s the norm. Here are a few that come to mind:

Powered by Artificial Intelligence, image search is set to revolutionize your shopping experience by making everything easier for you. With image search, you can now search part of an image, search with your cameras, with augmented reality applications or built-in image search features.

Should VR headsets be a part of mCommerce? The answer varies—but it’s somewhere between “Yes” and “Maybe”.

Not very long now, your VR headset will be your companion wherever you go, since the experience that VR Stores bring is set to be transformative, futuristic and unlike anything you’ve experienced before.

With the rise of intelligent assistants such as Siri or Alexa, you can be assured that the way people use voice searches are set to change as the technology matures. Compared to years ago, people are now getting increasingly familiar with voice searches, to the point of over 40% of the US adults now use voice search once a day.

Those are impressive numbers, and even more so impressive is the fact that, to a large majority of people, voice-activated speakers are now considered a part of their daily life and is just as important as a smartphone:

Back to the previously mentioned disadvantage of mCommerce, can we expect voice search to replace the human touch that mCommerce (and eCommerce in general) is lacking? The answer is very likely, as users of voice search are already reportin a high sense of comfortability found in intelligence assistants. For now, let’s keep our fingers crossed that the future will turn out to be the better. ?

As a company that provides complete mobile solutions for Magento store owners, we’d love to see how the current mCommerce trend takes shape and transform for the better. Our guess—and this is made with our professional opinion in mind—is that the future isn’t purely mCommerce, as the shopping experience in today’s world doesn’t always begin and end with the mobile device.

If anything, the future seems to call for an omnichannel shopping experience, which means that users might begin their customer journey on their desk/lap-top but end on their smartphone.

And if omnichannel is the key to the retail future, it seems that one thing you can’t ignore is the rise of Progressive Web Apps. With headless commerce becoming the norm, it’s unsurprising to see brands taking advantage of the PWA approach which has been demonstrated time and time again to boost revenue and increase time-per-session.

If you happen to be a Magento store owner looking for a way to expand your brand’s presence, well, you’re in luck, because here at SimiCart, we have just the right solution for you: 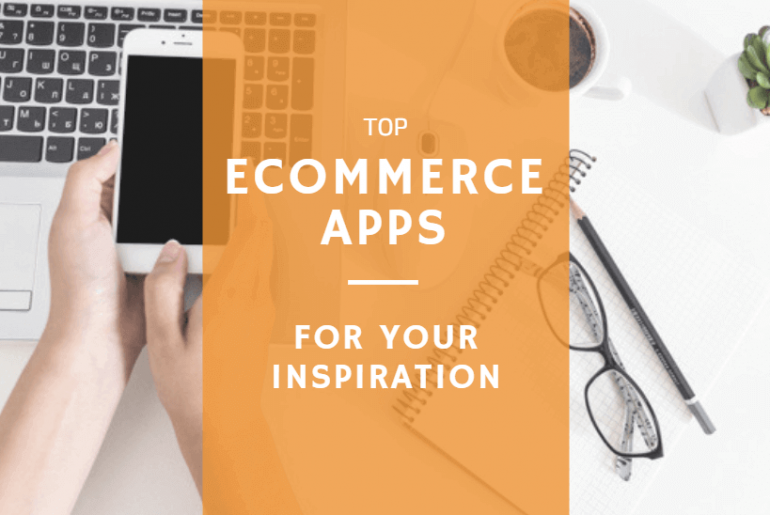 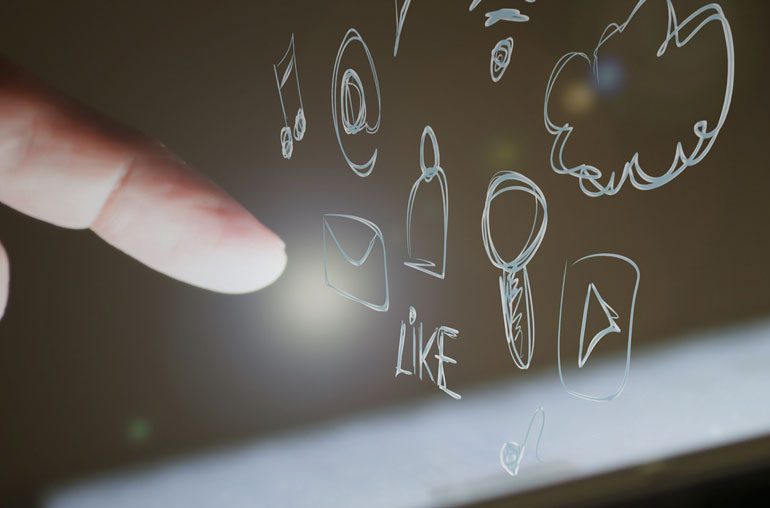 5 Mobile Commerce Metrics to Track and Improve in 2022 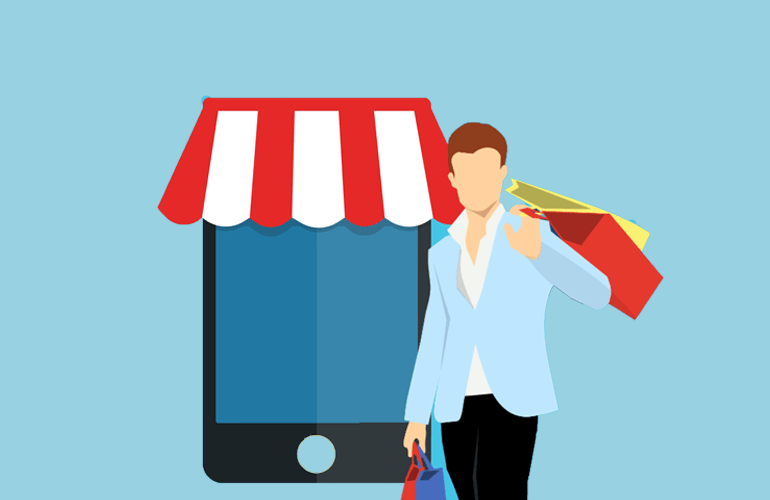